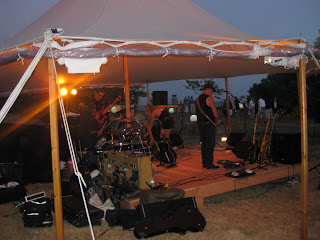 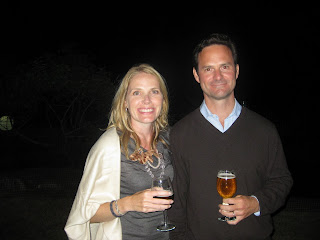 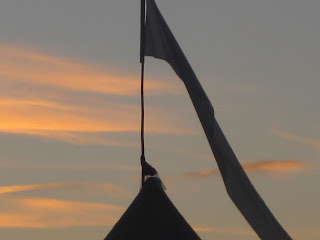 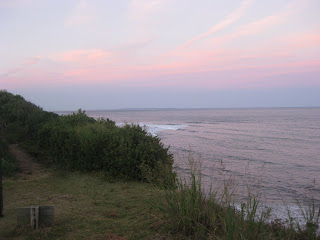 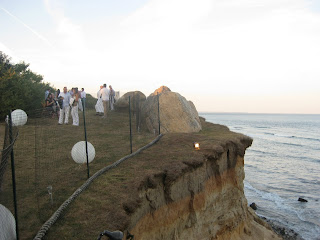 Is your 40th Birthday the end? The beginning? Or maybe it's the end of the beginning and the beginning of the end? At any rate, it struck me as apropos that this weekend's 40th birthday bash was held at "The End" of Long Island: Montauk.

The party was in celebration of two friends turning 40 and with the small exception of a pre-party debate about what "casual summer cocktail attire" meant, it was a whole lot of fun. The guys could not have had a better night or a more spectacular spot. The weather was gorgeous -- blue skies giving way to a stripey sunset, a warm day turning into a cool, but not cold, night. And "The End" it was -- we were perched high above the ocean on a jagged cliff.

I need not have worried about the dress code - once we were there, it was all about connecting with old friends. Four bars were set up, the hors d'ouevres never stopped, and a fantastic Rolling Stones cover band played all night. With maybe 300 people in attendance, there were surprises around every corner - and a few people I saw from a distance and never had the chance to talk to.

We carpooled there with six other people; 20 people chartered a bus to drive them from their neighborhood; it was an adventure. The party was loaded with style - chandeliers twinkling from the trees, a roaring outdoor fireplace, but it also felt utterly casual and super-relaxed.