I'm sorry it has been a while...time got away from me, but I couldn't let the week wrap up without acknowledging that my friend Lance turned 40 last weekend.

I first met Lance when we were both the new college grads working at a PR agency in Los Angeles. We weren't in the same department, so I didn't know him well until we were both summoned as a last resort to fix a client situation. Apparently someone had rubbed a client the wrong way (possibly literally...we never got all the details), and they needed new reps to patch things up. So, they sent the kids.

Part one of the assignment was a road trip - my very first business trip. As we stood on line at the airport, I told Lance I liked his luggage. "Thank you, I won it when I was Teen Week Champion on Wheel of Fortune." I spent the rest of the trip hearing the blow-by-blow of Lance's 30 minutes with Pat Sajak, and was thrilled when several years later, I actually got to see the video tape. It is still the best half-hour of television I've seen in my life.

First of all, in the video, seventeen-year-old Lance is a soprano. Next, like a true publicist in the making, he squeezes a personal plug into every on-screen moment. For every letter he chooses, he mentions a friend or relative, "I'll take a 'K' as in Kelly, Pat." But the big moment comes when he's up big in dollars, and the puzzle is so easy to solve: "_oney Island _ot _og." Any New Yorker knows exactly what this is, but a kid from a small town in Northern California? Not so much. So he guesses a "Z" or something. But in typical, uniquely Lance-like luck, the next person loses a turn, the next is equally clueless, he gets a second chance and he figures it out! In the end, he wins a car and nearly suffocates Pat Sajak in a bear hug.

Back to the business trip - the clients loved us and the next week they were back in LA and we took them to the Dodgers game. Again, we knew nothing about entertaining clients, but we had a great time. We used all the money the company gave us to buy not only us and them beer and hot dogs, but everyone in our entire section. It was like spending the day with Ferris Bueller, without the snark and sarcasm.

Cut to 17 or 18 years later, and Lance still has that same joie de vivre. He reports that his wife, "J as in Jennifer," (for whom I believe he bought a necklace during his Wheel appearance - it was back when you still went shopping in their showcase vs. getting cash), had a great celebration for him that truly surprised and touched him.

So, Lance, _APPY _ORTIETH _IRTHDAY!! And many more!
Posted by Kris Connell at 7:52 AM No comments: Links to this post

Marianne and I were the best of friends growing up. We spent hours together doing a lot of typical 1970s stuff, mostly playing Barbies and rollerskating up and down the street. We had two pairs of roller skates that we'd take turns wearing - one was a set of sneaker roller skates and the other was the metal kind that went over your shoes and you needed a key to adjust. Clearly the sneaker set was superior, but we'd always take turns wearing both.

We also did a lot of oddball stuff, which was probably why we were friends. What defines oddball? Clown School.

I spent many June Thirteenths at some pretty great parties. Marianne's birthday parties were always wonderfully old-fashioned, with creative party games, relay races, and cakes with special dolls baked into them.

I'm not sure what Marianne is up to on this June 13th, but I hope it is a fabulous 40th birthday!
Posted by Kris Connell at 11:05 PM No comments: Links to this post

The Silly List (a registered trademark of My Fabulous 40th Birthday)

Other than the fact that these are observations I've made over the past four decades (or possibly just the last four years), this blog post has nothing to do with turning 40. Please allow me the detour to share...THE SILLY LIST.

The Silly List began a number of years ago, when my parents attended the opera for the first time and deemed it...well, silly. They weren't saying it was bad, just a little silly (to them). Thus began an ongoing mental compilation of The Silly List. Over the years, I've added to it - here are five of my top ten items on The Silly List. Again, silly's not bad, it's just silly; I have no feelings of ill will towards these inductees. Five more to come in a future installment, if you like these:

1. Pre-school Graduations. Four year-olds in caps and gowns - how could this not make the list? 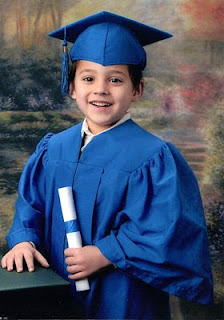 2. Twitter. Yes, there are practical uses (finding out when the cupcake truck is outside our office building) and at times it has emerged as a real news medium (the Iranian protests), but 95% of it just seems silly. I know, I'll be eating my words in the future... 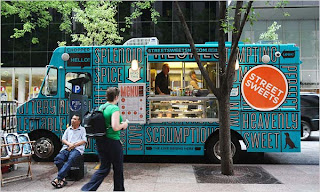 3. Fruit Cozies. I know people love to knit, but does an apple really need its own sweater? 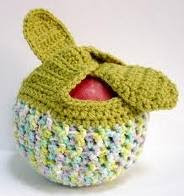 4. Paying Famous People a Lot of Money to Do Voiceovers for Animated Films. The kids have no clue, and there are so few kids' movies, we're going to go no matter who does the voices. Ray Romano isn't getting me into the theater. 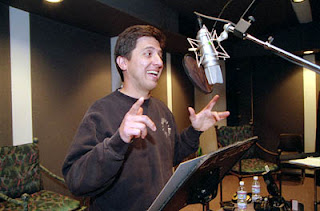 5. Lamb Chop Ruffles. They're cute (I always want to save them to be Barbie toques) but what do they really bring to the party? At least their cousins, corn-on-the-cob holders and wine glass tags, have a function. Ruffles are pure frill. (As it turns out, after writing this, I looked it up and that's what they're actually called "frills.")

I heard from a lot of you that you related to my issues with word retrieval (if you recall, my memory lapses included the words "cutting board," "counter-intuitive," and "iPhone.") I recently read this article by Cathleen Schine from the April issue of More, and thought you might get a chuckle out of it too.

This excerpt is the best part and explains it all, especially the utter surprise I always feel when I can't readily produce the word I have in mind...

“By her!” Molly says, and we all nod happily.

This conversation took place in a publisher’s office a year or so ago: a writer, an editor and an agent, all of us the same age, all of us waving our arms and nodding vigorous encouragement to the others, as if we were hunting dogs, huge-pawed puppies in the woods of middle-aged memory just learning to retrieve dead ducks, gingerly, in our big slobbery jaws. Scientists call this inability to recall a name “TOT,” or tip-of-the-tongue phenomenon. It has something to do with the anterior cingulate and prefrontal cortices. I’m sure there are scientific names for many of the varieties of memory challenges I live with, though few, I suspect, with such a jolly, colloquial ring as TOT." (MORE, April 2010, Cathleen Schine)
Posted by Kris Connell at 6:16 PM 1 comment: Links to this post